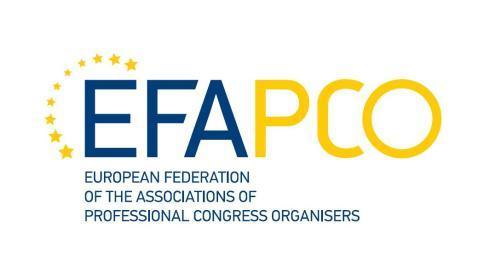 ABPCO  has joined the European Federation of the Associations of Professional Congress Organisers as a founder member and sees it as key to have a single strong ‘federal’ voice in Europe. EFAPCO was formally launched at the IMEX 2004 exhibition in Frankfurt whose founding members include PCO associations from Belgium, Greece, Italy, Poland, Portugal and Spain.  Primary objectives include lobbying for greater recognition and support for the conference sector within the newly extended European Union, the provision of networking and educational opportunities, research activity and the generation of increased internal business for Europe’s professional congress organisers.