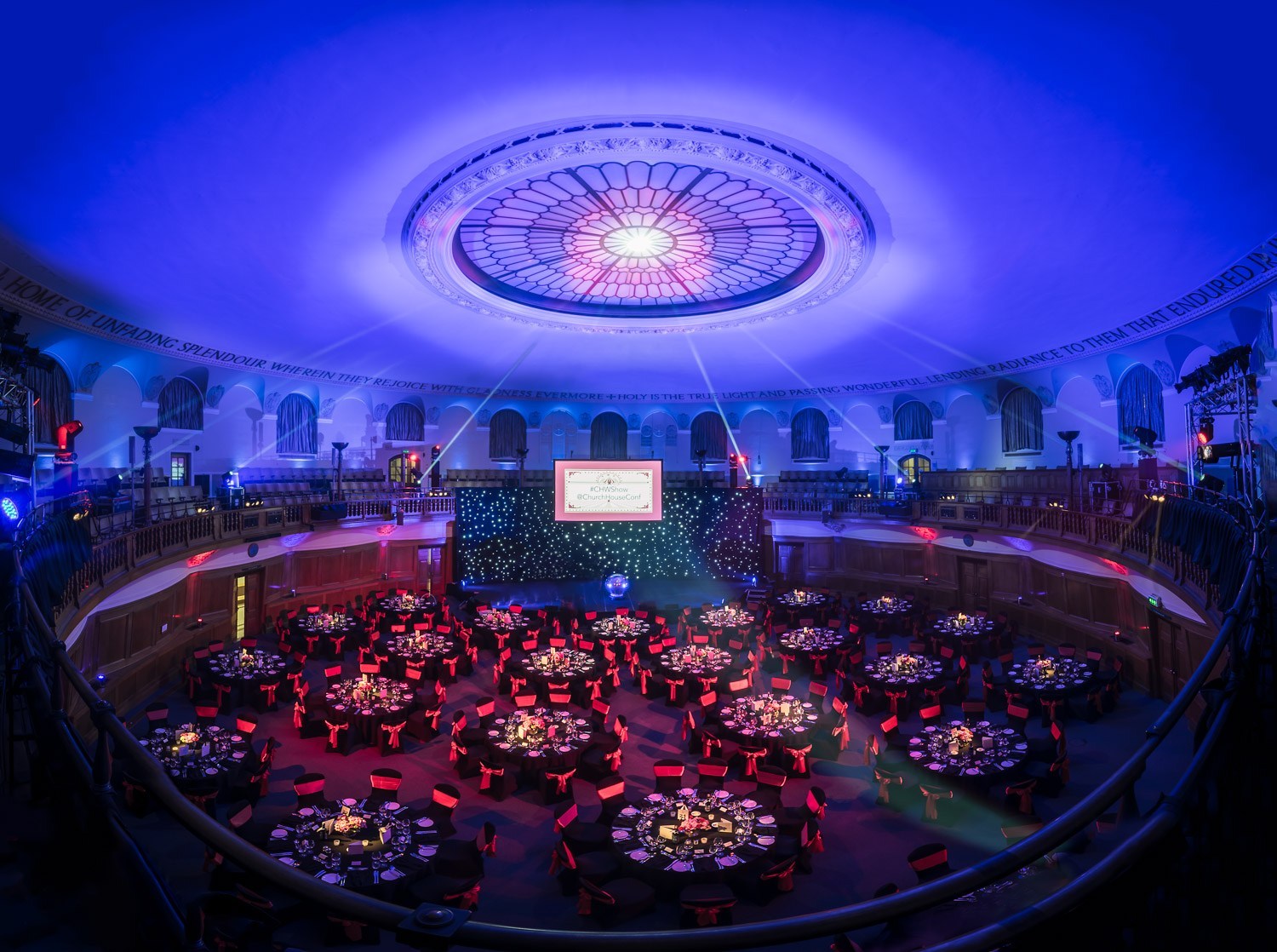 Reception drinks and canapés were served in the Hoare Memorial Room from 6pm where guests sampled smoked salmon and dill egg cups, and wild mushroom arancini balls served with a porcini hollandaise dip.

At 7pm attendees made their way to the venue’s largest event space, the Assembly Hall, with 25 round tables spaciously positioned in front of the large stage set, with a large star cloth background and multi-aspect lighting displays throughout the room including the domed ceiling. Once everyone was seated, the doors to the sides of the Assembly Hall opened as a flash mob performed the first song of the evening. Robin Parker, General Manager of Church House Westminster, welcomed the guests and introduced the Head Chef, Joseph Lovell and Sous Chef, Davide Garzitto by means of a pre-recorded video to explain the evening’s menu.

The main course was a dry aged fillet of beef with buttered mash, king oyster, tender stem broccoli and porcini jus. The flash mob appeared again, but this time from the upper gallery, with a powerful rendition of ‘This is me’.

A stem ginger panna cotta with poached forced rhubarb and rhubarb custard caviar was served as dessert along with frozen lollipops of ice cream and mini macaroons.

The final act saw the entire crew of the flash mob coming together on stage for the final performance. Instead of goody bags, Robin Parker confirmed that Church House will be making a donation to the British Heart Foundation, the venue’s chosen charity. Although the evening’s programme was full of activity, carriages were at 9.30pm, allowing guests to make their way home in good time.