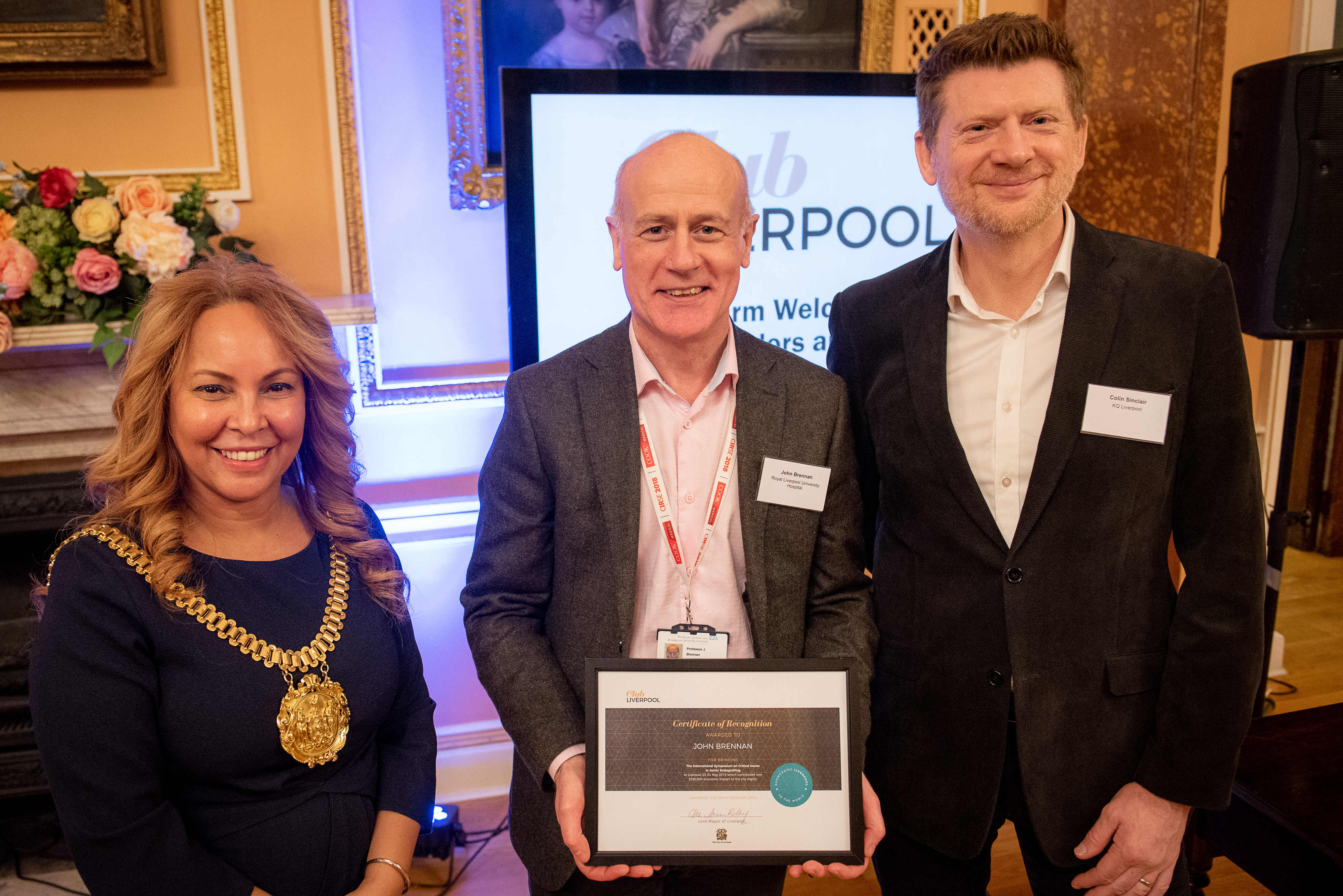 Club Liverpool, the city's ambassador programme, marked its fifth anniversary by celebrating the people who have helped to bring £70m of conferences to the city region in a special event at Liverpool Town Hall.

Club Liverpool is a network of influential figures from fields such as academia, medicine and business, whose aim is to bring world class conferences and events to Liverpool. It launched in early 2015 - a partnership between Liverpool Convention Bureau and ACC Liverpool - and now boasts 230 members.

Last night's event honoured the ambassadors who brought conferences to the city in 2019, which together have generated an economic impact of more than £9.5m for the city region. The ambassadors were welcomed by Colin Sinclair, Chair of the Club Liverpool board and CEO of Knowledge Quarter Liverpool and Sciontec Liverpool, and awarded certificates from Lord Mayor Anna Rothery.

Building on the programme's success and looking ahead to 2020, ambassadors have already secured nine conferences for the city across a diverse range of subjects including orthoptics, human ethology, biomechanics in sports, linear accelerators and paediatric dentistry.

Club Liverpool also launched a new website and brand at the event which will herald the next five years and aims to attract even more ambassadors to the programme. The new brand features some of the ambassadors who have brought events to the city as advocates of the programme.

Sinclair said: "Club Liverpool should not be taken for granted. Our ambassadors come from different fields but one thing they all have in common is that they are passionate about this city, and take time out of their busy schedules to attract international conferences here.

"These events carry a significant immediate boost, but also help Liverpool's brand in the long-term. This is an outstanding ambassador programme, which delivers a massive return on investment, and I'm excited to see where the next five years take us."

Adrian Evans, assistant director - conference and exhibition sales at The ACC Liverpool Group added: "Club Liverpool has grown in strength and numbers since we established it and our fifth birthday marked a real milestone as we were able to reflect on the many international conferences our ambassadors have brought to the city, and to ACC Liverpool.

"The Club's achievements continue to exceed an ambitious business plan covering the next three years as we look to encourage more ambassadors to join the programme to support the city in bringing more events and ultimately generate more economic impact for the region."