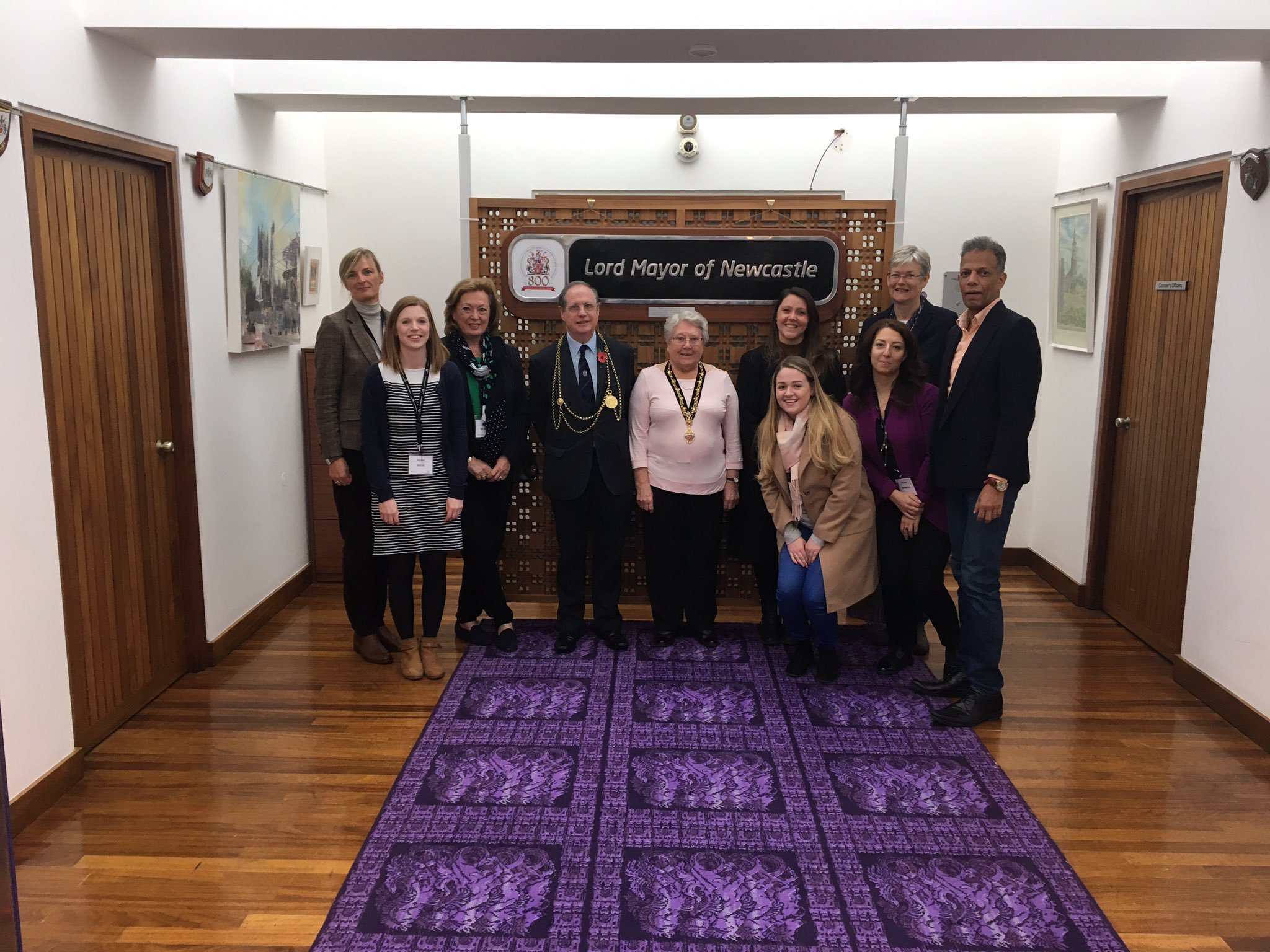 A group of influential international association conference organisers from across Europe have been exploring NewcastleGateshead after being invited to the destination by the NewcastleGateshead Convention Bureau and VisitBritain.

The two-day educational trip was designed to showcase NewcastleGateshead as an exciting destination for hosting major business events, such as international association conferences. Organised in partnership with VisitBritain, the influential group flew into Newcastle International Airport from across Europe.

The six European buyers stayed at The Hilton Newcastle Gateshead and The Crowne Plaza at Newcatle’s Stephenson Quarter. They got to be part of some of the unique experiences that are available for people attending conferences in NewcastleGateshead, such as a four-course dinner on the stage of the Northern Rock Foundation Hall in the stunning Norman Foster designed Sage Gateshead after drinks at By The River Brew Co, an urban shipping container community beneath the Tyne Bridge, a tour of the spectacular Palace of the Arts which is now home to Wylam Brewery and tea with the Lord Mayor at Newcastle Civic Centre.

One of the attendees, Jof Calstas, came to NewcastleGateshead to find out how the destination could support a future conference for the International Christian Organisation of the Media. He said: “NewcastleGateshead is a hidden jewel in the English countryside. It is beautiful, elegant and compact. Everyone I met was extremely friendly and open-minded. The city is a precious treasure and has shown itself as an excellent host for our meetings and events that are planning to come to NewcastleGateshead in the coming years.”

“We are competing with destinations all over the world to win this business for North East England and the UK, it’s through hosting educational trips such as these that demonstrates first-hand that we have all the right ingredients. We have an international airport with routes from 80 destinations so people can easily get here, a central train station with the new LNER Azuma trains meaning faster, quieter and greener journeys and a fantastic array of venues and experiences on offer.

“It’s been a brilliant team effort; the NewcastleGateshead Convention Bureau team together with all the venues, hotels and attractions on the itinerary to roll out the ‘red carpet’ and show how we would make their conferences a success if they brought them here.”