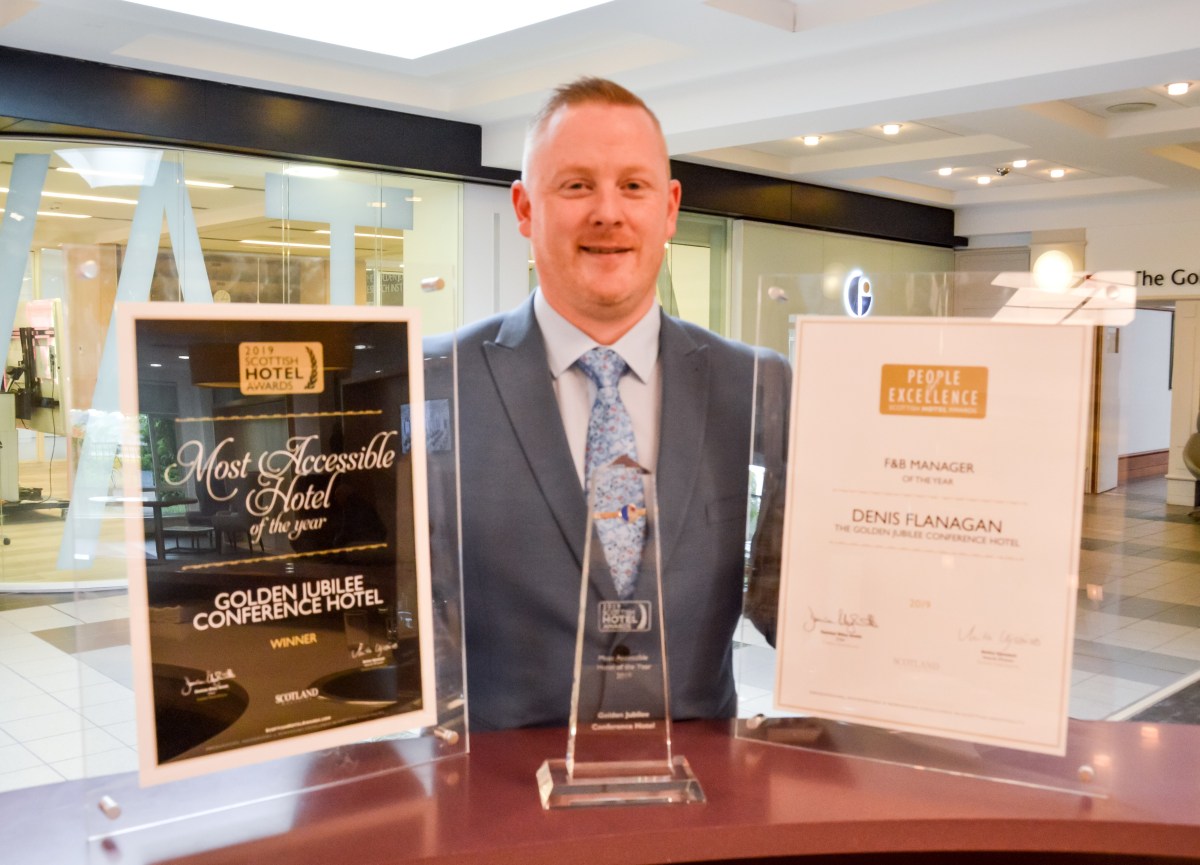 Denis Flanagan, who was recently promoted to Hotel Manager, was named as Scotland’s Food and Beverage Manager of the Year, while Chef Garry Gault received the accolade for Banqueting Chef of the Year.

As an NHS and public sector venue of choice, the Clydebank hotel prides itself on the level of accessibility it provides guests, customers and delegates. The hotel has many adapted features and extras as standard including:

All staff also have equality and diversity training.

Hotel Director Bronagh Bell was delighted with the accolades. She said: “We are very passionate about catering for people of all abilities here at the Golden Jubilee Conference Hotel.

“We constantly review and invest in accessible features within our facilities and services, so I am absolutely delighted this has been recognised on a national level at these fantastic awards.

“Our staff are among the most dedicated team in the business and go the extra mile for guests, customers, and delegates, always striving to deliver the best possible service.”

The four-star venue –which was named Conference Hotel of the Year at the 2018 awards – was once again shortlisted for the top award after winning the Regional Glasgow title in January.

As well as Mr Flanagan and Mr Gault, Sasha Paton was nominated  for the Duty/Operations Manager of the Year title and Margaret Young was up for the Banqueting Individual category.

All four had won People of Excellence Awards at the Regionals in January.
Bronagh Bell added: “I’d like to congratulate Denis and Garry on their individual wins and Margaret and Sasha for winning the Regionals and making the shortlists for the National titles.

“It’s very much a team effort at the Golden Jubilee and all of our staff deserve great praise for the their hard work, professionalism and dedication to top class customer service.”

It’s been another great start to the year for the Golden Jubilee Conference Hotel. As well as the Scottish Hotel Awards Regional and National wins, the venue received the prestigious VenueVerdict Gold Standard for consistently delivering ‘excellent customer experience’ the whole of 2018.