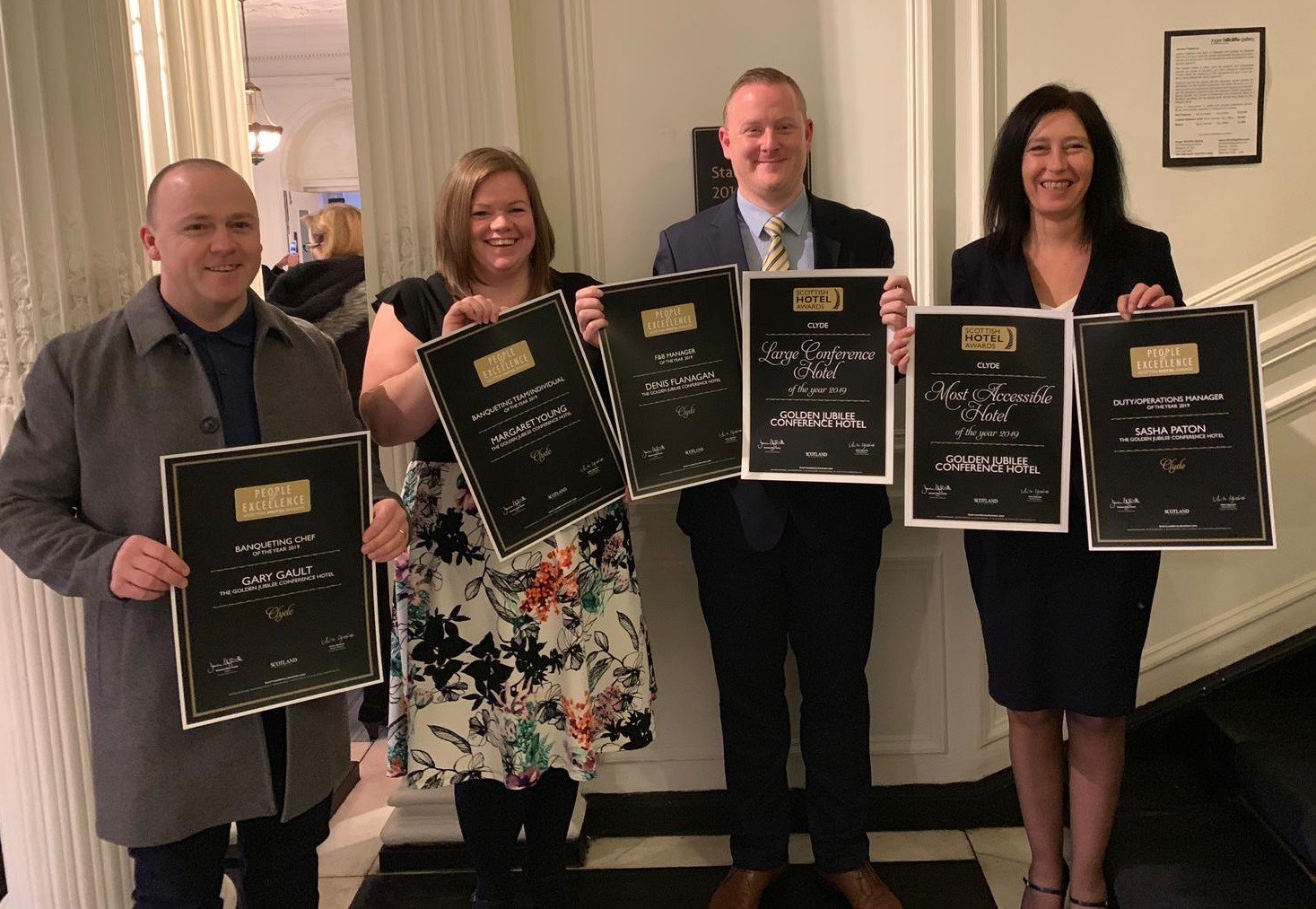 The Golden Jubilee Conference Hotel is celebrating after winning the prestigious Large Conference Hotel of the Year regional title for the second year in a row and being named Most Accessible Hotel at Scotland’s flagship hotel awards.

The Hotel and staff are now in the running for the six national titles at the annual gala ceremony, which will be held in April.

Hotel Director Bronagh Bell said: “Retaining the Conference Hotel of the Year title is an amazing achievement, showing that we continue to move forward and are committed to world class customer service.

“As an integral part of the NHS in Scotland, it is vital our services are accessible to all people, so we are delighted to have been named the region’s Most Accessible Hotel.

“Our team really go the extra mile to cater for everyone and we are very experienced in dealing with individuals or large conferences for people with additional needs.

“It is the hard work, dedication and professionalism of all of our staff that has led to these awards and I would like to thank every member of our team for the excellent work they do day in, day out.

“I’d also like to congratulate Denis, Sasha, Margaret and Gary for their individual achievements, which are very well deserved.”