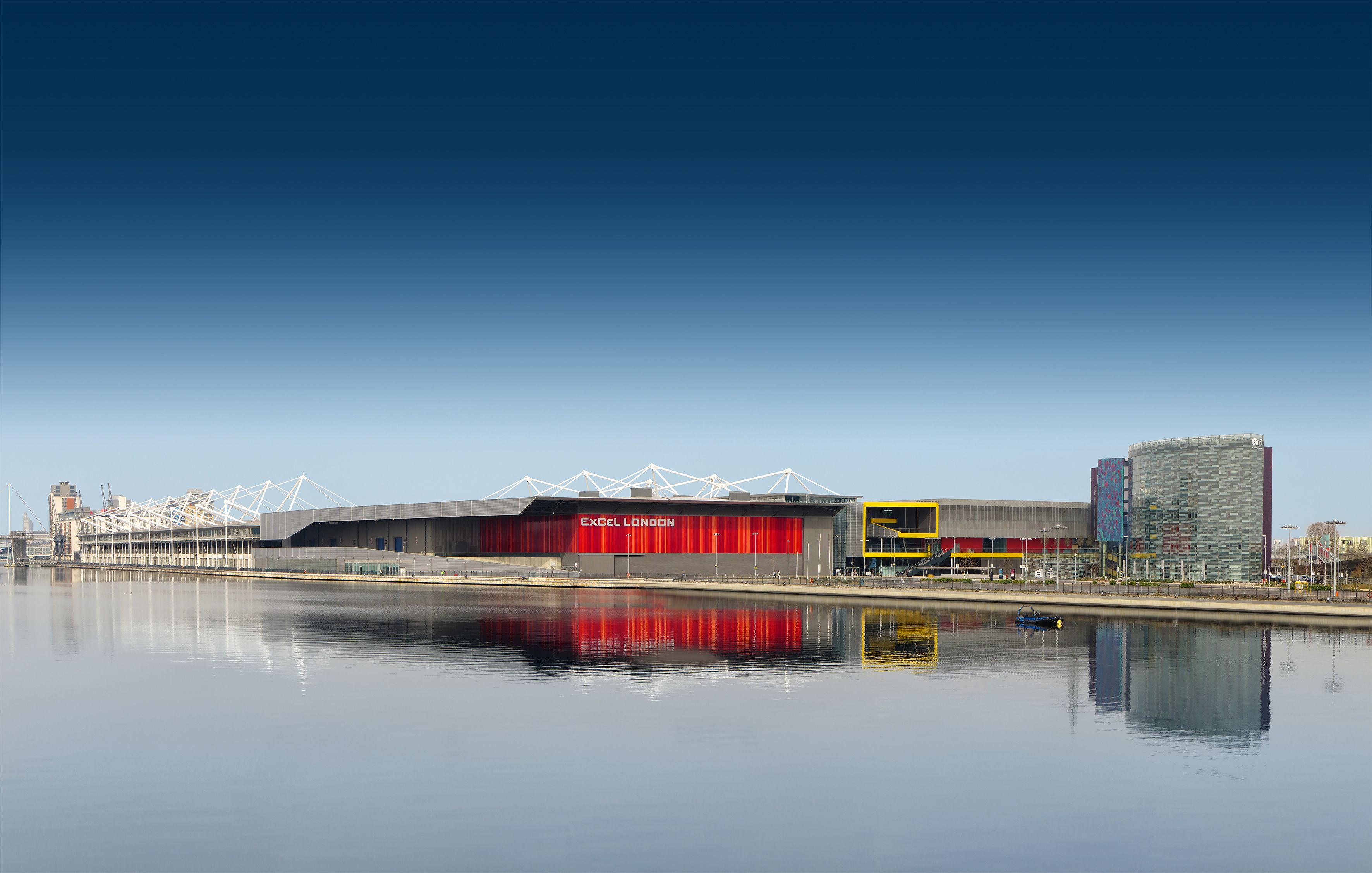 Award-winning destination has added a range of new and sustainable offerings, including 18 new hotels in 2021 alone

New London trends data reveals that London events are increasing exponentially in the wake of the pandemic, showing that event planners are putting their faith back in London. The new data from London & Partners’ meetings and events benchmarking partner, Venue Performance, shows London meetings and event venues increased the number of events they ran by 231% in September 2021, compared with August 2021. London hosted an average of 12.6 events per venue in September 2021, compared to an average of 3.81 in August 2021. Event planners are also increasingly confirming forward bookings in London, with the data revealing an average of 8.4 confirmed bookings per venue in September 2021 compared to 5.31 in July 2021, an increase of 58%.

Event planners choosing London are met with a range of new hotels, venues and innovations following the pandemic. According to new research from the London Convention Bureau, London has opened 18 new hotels in 2021, offering event planners an increasing range of accommodation, meeting and event space options.

Over the last 18 months, several hotels and venues have used quieter times during the pandemic to innovate and reinvent their offerings and integrate sustainability into everything they do, aligning with evolving customer expectations around green solutions. This has pushed forwards innovative solutions, from using reclaimed materials in design and maintaining living rooftops full of vegetables and bees, to planting trees in London’s iconic Hyde Park and using biodegradable cutlery.

London has always been a green city, with 33% of London’s areas dedicated to green space as the first National Park City. The Mayor of London has set out an ambition for the city to be zero carbon, zero emissions and zero waste by 2050, and a study of 27 of the world’s most eco-friendly tourist attractions revealed that five attractions made the ranking, including the National Gallery, Tower of London, the British Museum and the Eye of London. The Natural History Museum bagged Europe’s top spot as the most eco-friendly tourist attraction on the continent.

London’s 18 new hotels in 2021 to date are doing things differently by putting sustainability at the top of the agenda, reflecting trends seen across the world. The new hotels have added 2,509 new rooms to the city, representing a 1.4% increase. 32% of these rooms are luxury 4- or 5-star options, while 34% are in the budget end of the market, so there is a new option for everyone.

Fantastic accessibility across the Atlantic means that delegates can travel direct to London from the US, choosing an airline with green credentials, further reducing their carbon footprint. JetBlue has launched its first UK service, with daily direct flights from New York (JFK) to London Heathrow (LHR) and London Gatwick (LGW).

Frequent travellers will find London has changed since their last visit, and the London Convention Bureau invites event planners and delegates to see London differently through new venues, hotels and attractions.

Tracy Halliwell, Director of Tourism & Convention Bureau, London & Partners, said: “It is fantastic to see event planners putting their faith in London, as seen in the exponential growth of London events in recent months.

“London is a city that is constantly reinventing itself and it has been fantastic to see London’s venues and hotels turn their attention to redevelopment and sustainability during the last 18 months of huge challenge. Thanks to these advancements and our fantastic host of new openings, I am confident that London will soon be back even stronger.”

James Rees, Executive Director at ExCeL London, said: “As the home of world-leading events, we are delighted to have returned to pre-pandemic business levels since reopening our doors earlier this year. Indeed, it’s very encouraging to see market confidence in the London events industry now flourishing. We have already successfully and safely delivered more than 25 major conventions and exhibitions in that time – welcoming some 500,000 international and domestic visitors and delegates through our doors – with a further 25 to come. We’re delighted that 11 of those events are new to ExCeL London including the recent 18th European AIDS Conference.

“We are also very pleased to be able to confirm our significant new expansion plans – allowing ExCeL and London to further compete on a global stage – and to be sharing these at IMEX America where we’ll be joining London & Partners.”

No matter if you have visited London once or more than 10 times, there is always a way to see it through different eyes as exciting new sustainable spaces continue to open in 2021 and beyond.

The Londoner, part of Edwardian Hotels, opened at the end of summer. This long-awaited addition to the London hotel scene features 350 rooms, a rooftop bar, a signature restaurant and a gastro tavern, as well as significant event spaces accommodating up to 850 guests and two private screening rooms. Environmental sustainability is in The Londoner’s DNA. With an ‘Excellent’ rating from BREEAM (Building Research Establishment Environmental Assessment Method), The Londoner meets and exceeds requirements for energy and water use, health and wellbeing, pollution, transport, materials, waste, ecology and management processes.

Opened in early September at One Bishopsgate Plaza, Pan Pacific London marks the group’s first European venture. Close to Liverpool Street station, the hotel offers luxurious comfort in 237 guest rooms and suites. A ballroom with space for 400 guests will be available, along with a floor dedicated to wellbeing, featuring a gym, a mindfulness studio and an infinity pool with views over the plaza. All their restaurants, bars and public spaces have energy efficient lighting and an air conditioning system that incorporates a heat recovery system to regulate speed and temperature, dependant on the occupancy.

The city’s biggest conference centre ExCeL London has not stood still and has recently announced they have received planning permission to expand their event space by 25% with an extra 25,000sqm of premium event space. Construction works are expected to start next year. ExCeL London is committed to sustainability by reducing waste, increasing energy efficiency, promoting sustainable food choices and supporting the local community.

Work has begun on a £1bn investment into Olympia London. The work will include a total of seven new buildings, including two hotels and a 4,400-capacity live music venue. Completion is scheduled for 2024. The existing Olympia Central Hall will be demolished while the structures of Olympia National and Olympia Grand, both Grade II listed, are being incorporated into the site’s overall redevelopment and will continue to host events while works are taking place. Olympia London is one of the founders of British Standard for Sustainable Event Management. They provide free sustainability reporting to event organisers and divert 100% of their waste output from landfill.

Hyatt Place London City East also offers great views, this time from their rooftop bar and terrace. Guests in each of their 280 rooms will be able to enjoy a flexible meeting room concept, an inner courtyard, a 24-hour gym and a grab-and-go food market. The living rooftop helps to absorb carbon dioxide and developers even installed bird boxes at high levels.

The Hilton Metropole Hotel reopened in summer 2021 after a complete refurbishment. The number of bedrooms increased to 1,096 with a secure digital check-in, while new food and drink venues with a British theme have been added. Sustainable initiatives are at?the heart of the food and beverage offering,?from recycling food waste?to?zero-mile?menus.?

London’s tallest hotel when it opened in 1961 - The Carlton Tower Jumeirah has reopened after an 18-month refurbishment of more than £100m, which now includes 186 bedrooms, spacious meeting rooms and a luxurious spa with a naturally lit pool.

Looking further ahead, 2022 is expected to see some exciting hotel openings. Raffles Hotels & Resorts is transforming former Old War Office of Winston Churchill into a 125-room luxury hotel, French luxury company LVMH is bringing its Cheval Blanc brand to London with an exclusive hotel in Mayfair, and Amano Covent Garden is landing in Drury House with a £49m development.

Battersea’s redevelopment has been a triumph, with more openings still on the way. Located in one of London’s most exciting regeneration districts, Battersea Power House is set to open its doors to a host of impressive spaces including the Generator Hall, Control Room A and more. A 203-room hotel Park Hyatt London River Thames is planned to open in 2022 within the Nine Elms development, close to the Battersea Power Station.

The London Convention Bureau will once again exhibit at IMEX America along with a host of venues, accommodation, and service providers from the capital (see a full list below).